The value of complex carbohydrates goes beyond boosting your energy level and keeping you trim, a large number of these foods also contain nutrients that substantially reduce your risk of developing many forms of cancer. 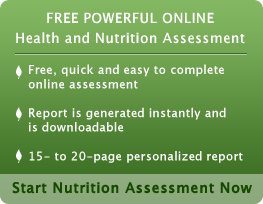 Medical researchers refer to cancer-causing agents as free radicals. This term can be used to describe any compound that is chemically unstable and thus very reactive. As a rule, free radicals do their damage by aggressively attacking the genetic material of the cells they come in contact with, altering their genetic codes.

new_haYou have probably heard warnings from environmentalists about the dangers of free radicals that arise from food processing, soil treatment, and air pollution. The benzopyrene and ozone found in automobile emissions are particularly potent sources of free radicals. You should also be concerned about the use of nitrates as fertilizers and preservatives, since these nitrates can form nitrosamines, which are powerful carcinogens in humans.

It may surprise you to learn that some of the oxygen that you breathe gets transformed into oxygen radicals during the course of normal metabolism. These oxygen radicals cause damage to body cells and tissues. If you have ever cut open an apple and left it exposed to the air for a few minutes, you know that the exposed surface turns brown. This change in color is caused by oxygen radical attack. The same kind of oxidizing over a lifetime produces the aging of our tissues.

Fortunately, your body produces several enzymes that protect your tissues against damage from oxygen and other radicals. In addition to these enzymes, your body uses vitamin C, beta-carotene, vitamin E, and vitamin A to intercept (quench) oxygen radicals and convert them into harmless substances. Several longitudinal studies, particularly ones done in France and Basel, Switzerland, provide evidence that people who have a high intake of vitamin C and beta-carotene and who maintain appreciable blood levels of these nutrients through their lives have significantly lower risk of cancer than other people.

Vitamin C helps prevent environmentally induced cancer in various ways. For example, it quenches free radicals and converts them into harmless substances that are easily eliminated. It also decreases the chance that various free radicals will bind to the genetic material of your cells; in that way it protects your genes from undergoing cancerous changes. Vitamin C also helps prevent cancer by blocking the formation of nitrosamines in your stomach, intestines, bladder, and other tissues. Nitrosamines are carcinogenic. They result mainly from eating cold cuts and bacon, which contain nitrite salts and nitrate salts. There is now also nitrate in the soils and drinking water as a result of the wide use of nitrate fertilizers. Obviously, you cannot stop eating foods grown from the soil or drinking water, but you can increase your consumption of foods containing vitamin C, thus reducing the likelihood that your body will manufacture these dangerous, cancer-causing chemicals.

Also, your liver relies heavily on vitamin C to help detoxify environmental toxins, drugs, and alcohol, all of which can damage your genes.

Vitamin C boosts your body’s overall immune system by increasing the ability of your white blood cells to attack and destroy invading viruses and microorganisms. Research has taught us that cancer prevention and a healthy immune system go hand in hand.

Protective Ingredient No. 2: Vitamin E
Vitamin E is another anti-cancer protective nutrient that quenches free radicals in your body. It is found in wheat germ, which is an excellent complex carbohydrate food.

Protective Ingredient No. 3: Beta-Carotene
The orange/yellow pigment that produces the characteristic coloring of carrots, squash, apricots, peaches, nectarines, cantaloupes and sweet potatoes is the anti-cancer protective nutrient known as beta-carotene. Beta-carotene is also found in green leafy vegetables and broccoli. Like vitamin C, beta-carotene is very powerful quencher of free radicals, especially on the surface of such organs as the lungs and stomach and along the body passages. Numerous research papers now substantiate the claim that people who regularly eat food high in beta-carotene and vitamin C tend to have the lowest overall cancer risk in most populations.

Protective Ingredient No. 4: Indole Rings
Cruciferous vegetables, including Brussels sprouts, cabbage, cauliflower, broccoli, and turnips, contain an anti-cancer ingredient known as indole rings. Indole rings stimulate detoxification centers within your body cells. Indole rings stimulate detoxification centers deactivate and neutralize many environmental toxins before they can be converted into volatile free radicals. Research studies have shown that people who eat cruciferous vegetables have a lower risk of developing many types of cancer.

Protective Ingredient No. 5: Fiber
There is another way that complex carbohydrates protect you against cancer, particularly colon cancer. As you may already know, the occurrence rate of colon cancer makes it the second major type of cancer in our society.

The fiber found in complex carbohydrate foods has been found to be so important to general health that I have given fiber its own section. Here I will just mention that the fiber found in wheat bran, corn bran, and rice bran will help reduce your risk of colon cancer. These brans are available in a variety of foods, such as high-fiber breakfast cereal, whole wheat bread, whole wheat biscuits, corn on the cob, popcorn, puffed corn cereals, brown rice, and rice crackers.

Messina M. and Messina V. Increasing use of soyfoods and their potential role in cancer prevention. Journal of American Dietetic Association, 1991, July 9 (7):836-40.

Block, G. Fruit, vegetables and cancer prevention: A review of the epidemiological evidence. Nutrition and cancer, 1992; 18:1-29.

Kuhnau J. The flavonoids, a class of semi-essential food components: Their role in human nutrition. World Review. Nutrition and Diet; 24: 117-191, 1976.

Zhang Y. et al. A major influence of anticarcenogenic protective enzymes from broccoli: isolation and elucidation of structure. Proceedings from the National Academy of Sciences of the united States of America, 1992, March 15, 89 (5):2399 – 403.