Meschino Health > Articles > What Are the Health Benefits of Green Tea?

What Are the Health Benefits of Green Tea?

It can also reduce our risk for developing certain cancers, high blood pressure, cholesterol, body fat, fat accumulation in the liver and high triglycerite levels, while increasing calorie and fat burning at rest.

In a 2005, study in The American Journal of Clinical Nutrition by T. Nagao et al, proved that a keytone-containing flavonoid (known as catechin) which can be found in green tea, promotes weight loss and reduces body fat in humans. 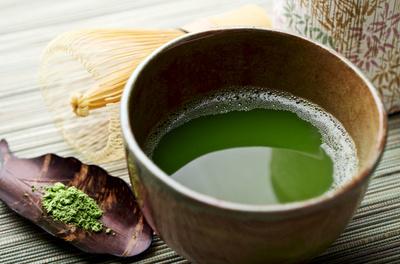 People can experience a significant reduction in weight and body fat when they drink a green tea product highly-enriched with catechin, compared to those who take the product with low levels of catechin. And this is true, regardless of whether or not the tea is caffeinated or decaffeinated.

In a follow-up study of men with similar body mass index scores who were either at the upper limit of their normal weight or slightly above, T. Nagao and his team of researchers investigated the effects of green tea catechins on body fatreduction and waist circumference.

How to Cheat and Still Lose Weight

I’ve broken down the results of this study so you can better see the difference for yourself:

Lose More Weight When You Exercise with Catechin

In 2008, C.K. Maki and his team undertook a 12-week study involving overweight subjects (both male and female) who were given a highly-enriched catechin supplements at a rate of 625 mg a day.

The results showed an  increase in weight loss when exercise was introduced at a rate of 3 hours a week, compared to the remainder of the control group who were not placed on the highly-enriched catechin product. There was also a significant reduction in the levels of abdominal fat and triglycerides in the group who ingested highly-enriched levels of catechin.

Another study performed by a researcher named Dulloo and his team found that certain green tea catechins can increase thermogenesis (the process by which our bodies raise their own temperatures) in the brown fat tissue of rats.

The study also suggests that consuming GTE (green tea extract) will increase energy in humans,  and that one of the reasons catechins are so affective is because they inhibit an enzyme that attacks and degrades catecholamines (the natural neurotransmitters or hormones found in our bodies, dopamine, epinephrine and adrenaline.)

As a result, when natural hormones and neurotransmitters – like epinephrine and norepinephrine (catecholamines) – have a stronger presence in our bodies, they encourage fat cells to release more fat, regulating brown fat activity that also increases the level of fat burned while at rest, possibly leading to an increase in the total number of calories we burn every day.

Catechin May Discourage Fat Accumulation in the Liver

Catechins help our bodies by decreasing lipid oxidation (the process that happens when dangerous free radicals steal important electrons from our cells). Studies suggest that obesity mightbe related to an increase in lipid oxidizability, as it can damage the receptors that help to metabolize of our system’s fat process.  As a result, green tea catechins may discourage fat accumulation in fat cells and liver by decreasing fat oxidation in the body.

Are There Benefits in Decaffeinated Green Tea?

Authors of these and other scientific trials have studied how green tea catechins help promote fat burning and weight loss without adverse stimulation to the central nervous system. So the benefits are the same, whether you ingest caffeinated or decaffeinated green tea.

This is great news, as people can reap the benefits of green tea and catechin without needing to be concerned over possible adverse reactions to stimulants; a win/win if there ever was one.

Some Final Thoughts on Green Tea

In addition, studies have also found that the catechin in green tea can stop the formation of oxidized lipids that would normally put us at risk for arteriosclerosis, and ingesting catechin has been proven to decrease body fat in humans and animals without resulting in any adverse side-effects or events.

Studies also suggest that catechins can contribute to the prevention of lifestyle-related diseases, particularly obesity and cardiovascular disease. They may also promote body fat reduction and boost the effectiveness of our body’s own adrenaline on our fat metabolism.

In summary, ingesting green tea products – either caffeinated or decaffeinated – high in catechin green tea can help to reduce body fat and your odds for developing atherosclerosis, high cholesterol and other lifestyle-related diseases.