As a reference, a teaspoon of table salt contains about 2400 mg of sodium Remember that an intake of 2300 mg of sodium per day (medium sodium intake in this study) is the maximum level of sodium intake recommended by the U.S. Food and Drug Administration (FDA) and keeping levels below this value is thought to reduce the risk for heart disease and stroke.

Here is what the study showed:

So, what is the DASH Diet? Well DASH stands for Dietary Approach to Stop Hypertension. The diet emphasizes fruits, vegetables, whole grains, non-fat or low-fat dairy products, and lean meats – low in saturated and trans-fats.

One researcher stated, “what we’re observing from the combined dietary intervention (DASH plus low sodium) is a reduction in systolic blood pressure as high as, if not greater than, that achieved with prescription drugs.” He goes on to state, “our results add to the evidence that dietary interventions are as effective as — or more effective than — antihypertensive drugs in those at highest risk for high blood pressure, and should be a routine first-line treatment option for such individuals,” says Stephen Juraschek, M.D., an adjunct assistant professor at Johns Hopkins and an instructor of medicine at Harvard Medical School”.

The point of the story is that individuals with high blood pressure can do a lot for themselves through more prudent dietary practices, lower sodium intake, weight reduction if necessary, more endurance exercise, several keep supplement interventions and meditation or relaxation therapies. For patients whose systolic blood pressure is at or below 150 mmHg, these should be the first forms of treatment attempted, or at least should complement any drug therapy. Things get more complex if the patient is already diabetic or has other health complications where blood pressure medication is mandatory.  But even in these cases, the diet and lifestyle strategies explained here should be included in the overall management to reduce high blood pressure and improve other health outcomes.

Okay, I have included a link to the research below. 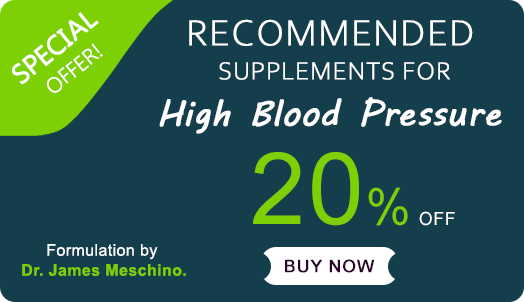